I can understand why many are disenchanted with politics, politicians and political processes. On the British and European scene I am tired with political game-playing, lies, staying in power at all costs habits, the scarcity of integrity, a lack of political will, and politics that cannot see beyond the next elections. The recent European elections, with the triumph of “Far Right” parties across the European landscape, have 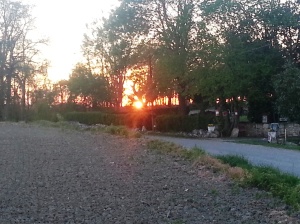 been labelled in some quarters as “earthquake populism”. What a sad way for the population to rise up? Politicians in their usual way, meaning that you wonder whether they actually seriously considered the implications speak of this earthquake that Europe’s leadership should respond to. A few months later and it is still business as usual!

Now, the French Far Right leadership has noted that this massive win was a first step towards a long march to the “recovery of OUR identity”. Migrants and children of migrants who have contributed to French life are of course would be lucky to be included in that OUR! This is a debate that will not go away and the matter of identity will get even more complicated given the financial instability in Europe and the world. What is clear from the elections results is the massive anti-establishment fervour across Europe and the fact that voters are actually fed up with mainstream politics and politicians who all come across like carbon copies. The results which most colleagues in Racial Justice work predicted has resulted in much talk from the pundits about the need for “soul-searching”.

If only the political parties would listen to the punter in the street they would hear the long list of complaints that people are carrying like crosses on the way to crucifixion: politicians have lost touch with the people; politics have become a game for the elite; the voice of the people are not taken seriously even when they are asked for their opinions; politicians have sold out to the corp-o-crats; people are fed-up with myopic politics geared only at winning votes (not transformation); politics have been turned into getting the right “sound-bites” rather than displaying integrity and passion; all the political parties have been guilty of immigrant bashing

Of course, the political hurricane is tied up with an economic engine that is overheating. Long before Thomas Piketty, many Caribbean and developing world women were clear that: in an economy where the rate of return of capital is greater than the growth rate of the wider economy, the rich will get richer and the economy will become more unequal; in such an economy wealth remains with the wealthy to reinforce their position and that of their progeny, with wealth becoming more important than income; and that the brand of capitalism where the top 10% own more than 50% of the wealth and the top 1% more than 25% of it, is systematically making this inequality worse and democracy unsustainable.

It is evident that we need critical behavioural changes – cultural changes – that which is emotional as it is rational. This will mean tackling behaviours that are holding us back. One key aspect is the need to mobilise informal leaders – people at various levels of our life together who motivate others by what they do and how they do it – credible, trustworthy and effective people who can help create cultural change.