The world of the Labour Camp in Britain is in turmoil – and rightly so. I wonder if Catherine Booth had any political party in mind when she observed years ago: “If we are to better the future we must disturb the present.” Clearly, the present world of ‘labour politics’ has been ailing for some time and is need of urgent disturbing. Or better yet, to disturb proper English 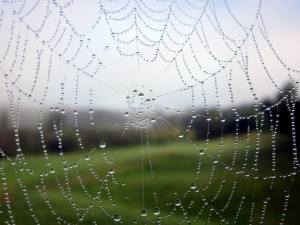 sensibilities – ‘labour’ is in need of a good ‘kick ass’. The arrival of one Jeremy Corbyn as the favourite contender for the Party’s top-post, according to the polls and a large group of disenchanted labour supporters and beyond, is like a fresh of breath air! There is still hope that the corrupted empire of the neo-liberal political economy can be taken on and that many are waiting for some ‘saviour’ to champion a society of flourishing life for all – not just for the one percent (1%).

But as we are witnessing – one should not underestimate the might of the neo-liberal empire, its fervent worshippers and its ways. They are crawling all over the place, including in Churches! Even the other contending ‘labour’ candidates have been so baptised into this world that they cannot tell their ‘arses from their elbows’. Integrity, honesty, graciousness, the voice of the people, and anything or anyone that will attempt to go counter the sanctuary of the neo-liberal market beast and its many illusionary avatars must be attacked, maligned, mis-represented and devoured at all cost. The situation, to say the least, is frighteningly pathological.

Now, while Jeremy Corbyn offers greater clarity on what a labour party under his leadership will have to do, change and look like to reclaim some aspects of what it means to be labour (to stand out from the other Political Parties), the other contenders are yet to convince me (and many others) as to what difference they will make to what we currently have as a government. Instead, their tactic has degenerated into a personal attack on the favourite, ‘demonising’ him as an extreme leftist/communist not to be trusted at any cost, and contending that he (unlike them) is not ‘winning’ material to be see labour forming the next government.

Like many others, one does not need a degree to discern that at play here is fear and a consequence of fear: scape-goating and grasping at every conceivable means to get rid of a threat, even if it means looking like Balaam’s ass (who may have had more sense) to the rest of the nation. Can it be that the left, right or middle political location mantra may just be a diversion tactic or pure inability to deal with the fact that the public is looking for is a voice that is honest, carries integrity, and deploys language about the things that matter most for people and our society? If Corbyn is an unlikely candidate to lead Labour to a General Election win, so are the other contenders. The reality though is that what Labour clearly needs is to rediscover its soul, the values that make it distinctive and a sensible oppositional voice committed to principles rather than expediency. There is much ground to re-cover……and many demons to exorcise!