Have you recently given thought to the language used in the economic world and financial institutions? In the Caribbean, I used to feast on the reports of the World Bank and IMF as we took on and contested the then Structural Adjustment Programme (SAP). When I moved to Europe, the mysterious operations of the World Bank and the IMF 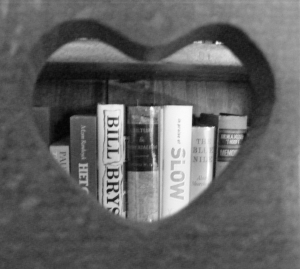 receded into some back street of my consciousness. Though, I still had a massive distrust for their mantras, somehow dwelling in the belly of the beast gave me a false sense of assurance or security. The multiple economic crises over the last few years here in the ‘empire of the beast’ have kick-started my interest in our financial institutions and the failing economic theories that we continue to worship.

The difference though (from the 70’s and 80’s) is that I am now more baffled by the current lingo and economic theories. Reading Ha-Joon Chang’s 23 things they did not tell you about capitalism and The Bad Samaritans confirmed for me how much we are lured and duped by the lingo of financial institutions, economic theories and government’s economic policies. Ha-Joon Chang has observed that while “95% of economics is common sense”, there is a conspiracy to both make it look complex with a working assumption that ordinary hard-working people are idiots! What is not often recognised is that poor people anywhere “have to be entrepreneurial even just to survive”.

A few months ago I came across an essay titled “Bankspeak: The language of World Bank Reports” written by Franco Moretti & Dominique Pestre. And yes, it is from the New Left Review (March-April 2015). It is a fascinating read. Deploying ‘quantitative linguistic analysis’ the authors undressed or laid bare the operations and outlook of financial institutions (international ones). In a nutshell they showed how the grammar, language and descriptions of finance have evolved to give a false impression that these financial and banking institutions are there for our well-being!

They noted how early reports and documentation deployed nouns (like bank, loan/s, development, countries, investment/s, interest, programme/s, project/s, assistance, lending, growth, debt, trade prices) and adjec­tives like (fiscal, economic, financial, private, other, new, such, net, first, more). The point behind these earlier descriptors has been to show that:

“the World Bank lends money for the purpose of stimulating development, notably in the rural South, and is therefore involved with loans, investments and debts. It works through programmes and projects, and considers trade a key resource for economic growth. Being concerned with devel­opment, the Bank deals with all sorts of economic, financial and fiscal matters, and is in touch with private business. All quite simple, and perfectly straightforward.”

The current lingo of the World Bank though suggests a new set of ‘semantic manoeuvring’ geared at duping us all. In the two areas of finance and governance the adjectives and nouns (from the 90’S) are quite revealing. Around finance we find descriptors such as financial, fiscal, economic, loans, investment, growth, interest, lending, debt, fair value, portfolio, derivative, accrual, guarantees, losses, accounting, assets, equity, hedging, liquidity, liabilities, creditworthiness, default, swaps, clients, deficit, replenishment, repurchase, and cash. Whereas the earlier focus was on agriculture and industry, it is now on an overwhelming pre­dominance of financial activities. A look at the descriptors associated with governance throws up terms such as global, environmental, civil, ably supported by dia­logue, stakeholders, collaboration, partnership, communities, indigenous people, accountability. So climate, nature, natural, forest, pollution and even health and education have ended up around governance.

“committed to achieving and communicating results. In its ongoing dedication to overcoming poverty and creating opportu­nity for people in developing countries, the Bank is making progress both internally and in the field, and it continues to improve the way it serves its client countries.”.

A fascinating deploying of terms such as dedicated, committed, serving, clients!

Moretti and Pestre further note how the language of the World Bank tries to redefine or perhaps camouflage the actual proclivity towards ‘faceless greed’ by describing itself through gerunds such ‘as accelerating its efforts in helping countries and economies in coping and growing’. So the World Bank is effectively re-branded (through linguistics semantics) as the good news for economic salvation: ‘working with the poorest countries’, ‘providing timely analysis’, ‘sharing knowledge’, ‘improving governance’, ‘fostering private sector and financial sector development’, ‘boosting growth and job creation’, ‘bridging the social gap’, ‘strengthening governance’, ‘levelling the playing field on global issues’.

One would be excused for thinking that what they offer is some form of economic nirvana here on earth – all for free. But, behind these morale boosting gerunds is a critical need to understand that the words ending in “ing” may more likely to be suggesting that our economic life is up ‘shit creek without a paddle’. Things are only always in progress of becoming – and so more promises are possible (which we lap up like puppies) but with very little hard evidence. In the meantime, we continue to spin in the creek churning our sludge. Yes – it may seem like all change, but with no achieve­ment and no future. The frightening thing is that this institution and its high priests are responsible for policies that will shape our economic well-being.

My rasta friend was correct (years ago): ‘the shitstem (system) will eat you for breakfast, lunch and dinner’!