Next time your doctor’s appointment is cancelled and your journey disrupted because of ‘worker’s action’ (what used to be called Strikes) just consider this: a lot is at stake for workers than what the press, employers and government 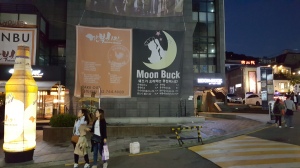 officials may be sharing with us. Strikers and those who protest for better working conditions and wages are not people who relish these actions – as if they would not mind spending their time doing better things.

There is a general fear of protest in the UK and other places around the world. South Korea, from where I am writing this blog is having a series of protests: but like elsewhere the public is being made to fear protests. It is as if Trade Unions are demons and anarchists – unpatriotic and not to be trusted! How do we get to what is true, in situations of impasse as a result of protests? Who is truth-telling at such a time? I know, from experience, who I would give the benefit of the doubt.

Trade Union leaders in many parts of the world are often engaged in personal costly commitment to take on injustices. Many even lose their lives. Where profit rules, the power of the transnationals and all sorts of free-trade agreements dominate, it is not rocket science to quickly discern who ‘is in bed with whom’ and the interests at stake. Worker’s rights are no concern for the merchants of exploitation. Their mantra of zero-contract hours, outsourcing, sub-contracting and privatizing are only some of the tools of death for workers that they continue to engineer.

If you are lucky you might find a voice or two clamouring about the disappearance of all the hard-fought and won rights for workers (gains taken for granted). The dismantling, of course, took great toll during the regime of Regan and Thatcher – high priest and priestess of the neoliberal free-market chant with their many elusive avatars.

Perhaps, the most urgent task before us is one of awareness or consciousness raising. Some suggest that – ‘listed and signed-up membership’ is a dying pedigree. We need an intentional focus on real hard-talk about local, national and global justice issues and their interrelationship. And it will most likely be the case – that the past style of doing business has already changed: for the younger voices will not be found in any massive recruiting programme, but in journeying out into the highways and byways – those places of recreation and online activities where such voices can be found. As one commentator noted: “a new form of activism is moving into the space between grassroots, campaigning and traditional trade unionism”.

Taking matters back into our hands is a necessary moral imperative – and it is not too late. And if you are still wondering why, consider this: research shows that ‘countries with stronger trade unions’ have less inequality. Perhaps, you may wish to join me in considering why, paying close attention to those who will doubt the stats!