2017 is here. Be assured of at least two things – lies will continue however much we wish to theorise that we are living in post-truth times. And in spite of the lies, there is also much positive news around – largely unreported by our mainline news/media outlet. We have a choice. We can become willing victims/colluders or worshippers of 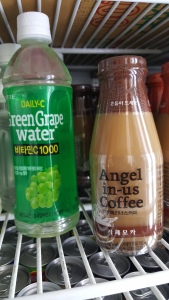 mainline media and other mechanisms geared at controlling or manipulating our minds. Or we can resist by seeking out both the unreported news and the good stories around.

Gary Younge in his 2016 James Cameron Lecture (“Democratic Imbalance: Who decides What’s News”) has this insight for us:

“The fact that sections of the public don’t want to know about certain kinds of repetitive suffering does not make the fact that the media does not report on it less problematic. First it is, to some degree, a self-fulfilling prophecy. By failing to report child hunger consistently we cease to think about it and come to accept it as an unfortunate, intractable fact of life. Since it’s unlikely to be reported it’s less likely to be discussed. The less we talk about children starving the less we talk about why they starve and what we might do to feed them and the less public pressure there is on politicians to address starvation. Indeed, this is where the issue of democratic imbalance is most keen. For how can we expect legislative action about issues that are not discussed or which are only discussed in certain ways.”

Yes – so who and how do we decide what is news? I have no answer, except that I tend to be judicious about my reading sources and pay close attention to news that are not reported. As a taster, just consider the following unreported news (not in our mainline media and assorted from a variety of links) during 2016. You may wish to add to this list.

And here are some snippets of the positive developments in 2016:   India turned on the world’s largest solar power plant – spanning 10 sq km – in the state of Tamil Nadu; an HIV cure may be a step closer after a trial cleared the virus in a British man; Italy became the last large Western country to recognise same-sex unions; China installed 20 gigawatts of solar in the first half of 2016; volunteers in India planted 50m trees in 24 hours; life expectancy in Africa has increased by 9.4 years since 2000, it was announced this year; the amount of money it would take to eliminate extreme poverty is now lower than the annual foreign aid spend

Can Herod’s plea to those wise nerds from the East: to tell him where he can find the infant king, so that he may go and worship him (we know what he really means!), serve as warning to the way we approach 2017? Beware of the mind and body stealers! Be wary of the many gods bidding for our allegiance! Beware of unbridled capitalism bent on turning our best intentions into a moneymaking venture!